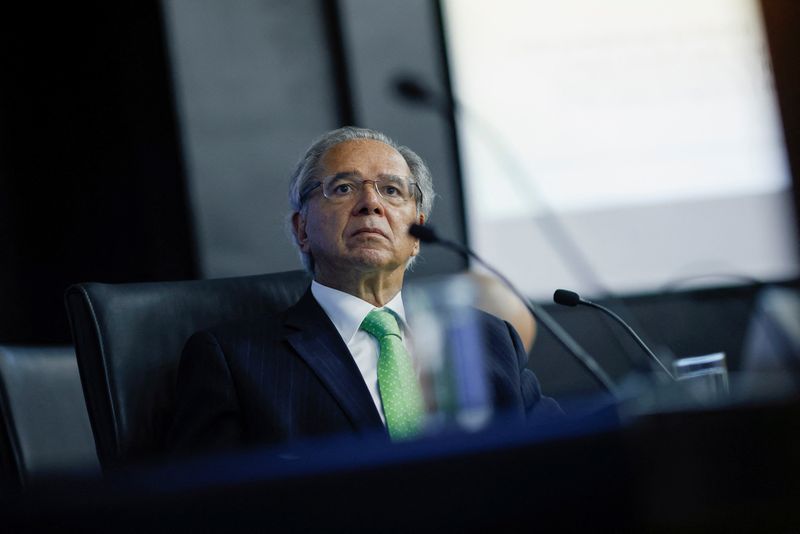 BRASILIA (Reuters) - Brazilian Economy Minister Paulo Guedes projected on Tuesday that the country's gross debt would fall to 74.3% of GDP in 2022, the lowest level since 2018 (75.3%).

Speaking at a news conference, he also estimated the central government's primary budget surplus to reach 0.4% of GDP this year, higher than the 0.2% level forecast earlier by the Economy Minister.