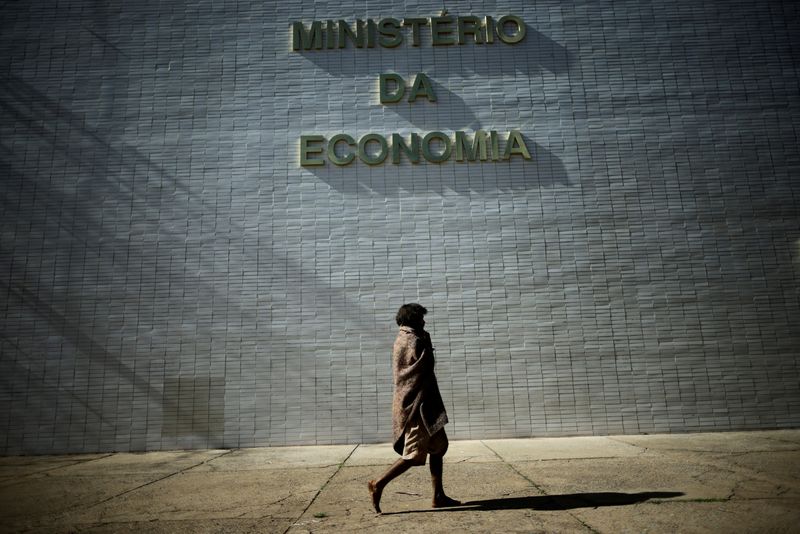 © Reuters. FILE PHOTO: A homeless walks near the Ministry of the Economy building in Brasilia, Brazil March 23, 2022. REUTERS/Ueslei Marcelino/File Photo

BRASILIA (Reuters) - Brazil's Economy Ministry on Thursday cut its 2023 GDP growth forecast to 2.1%, from the 2.5% anticipated in September, due to a deterioration in the global economic outlook.

In a statement, the ministry's Secretariat for Economic Policy stressed that the global economy has weakened in the face of monetary tightening in the United States and other developed economies, which has hampered prospects for growth.

"Our base scenario considers market estimates, whose projections indicate a slowdown in global activity, but do not point to a recession," it said.

At the same time, the ministry kept its 2022 GDP growth outlook at 2.7% on the basis of solid activity in the services sector and an improved labor market. That was in line with the market's 2.77% estimate.

The ministry decreased its 2022 inflation forecast to 5.85% from the 6.3% projected in September.