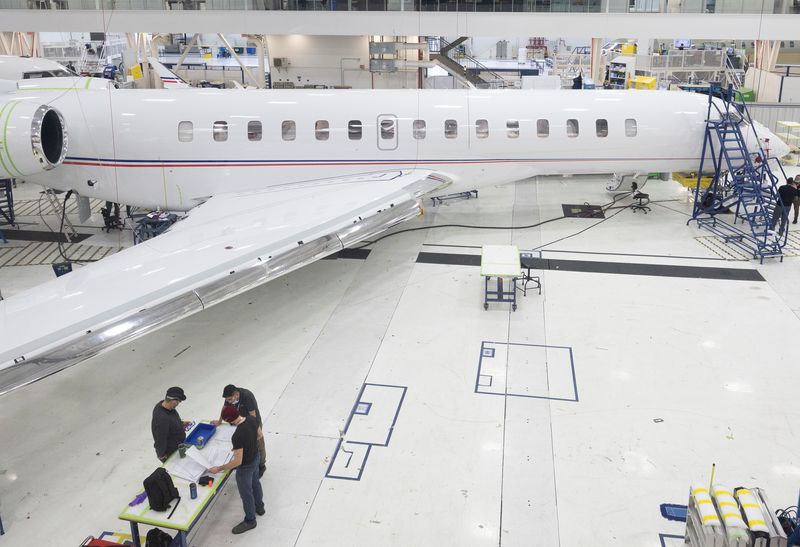 MONTREAL (Reuters) - Bombardier (OTC:BDRBF) Inc shares fell as much as 17.4% on Monday as workers on a key business jet program walked off the job for a day and amid a broader selloff in global markets.

The union representing 1,800 Bombardier workers said they would return to the job on Tuesday, when negotiations between the two sides resume.

The workers are mostly on the company's strong-selling Challenger business jet family, which accounted for just over a third of the company's plane deliveries in 2021.

Bombardier has said it would put a contingency plan in place to reduce the impact on operations from the strike.

The union is asking for higher wage increases in the last two years of the contract, arguing that Bombardier's offer of up to 2.5% falls below rising living costs.

By late morning, Bombardier shares were down 8.1% at C$25.95, as the company's planned consolidation of Class A and B shares took effect on Monday. The benchmark Canada share index was down 3.1%.