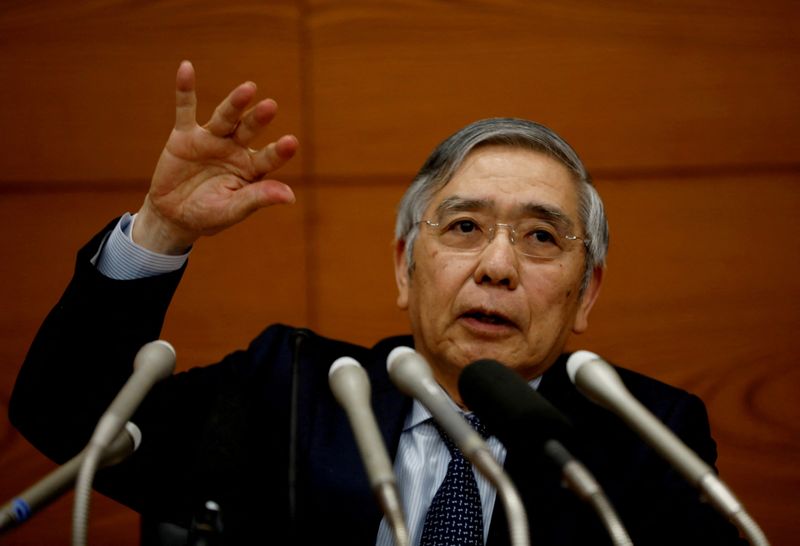 TOKYO (Reuters) -Bank of Japan Governor Haruhiko Kuroda said on Wednesday the central bank would maintain its loose monetary policy in order to sustain inflation at its 2% target along with wage growth.

The world's third-largest economy would grow firmly and stably this year backed by accommodative monetary conditions although uncertainties such as inflation and the COVID-19 pandemic remain, Kuroda said.

Adding to the uncertainty, the yen rebounded sharply on speculation the BOJ may start to turn away from its ultra-loose monetary policy after it widened the yield cap range on 10-year Japanese government bonds (JGBs) last month.

The yen spiked to a seven-month high above 129 yen against the U.S. dollar on Tuesday, on rising expectations that the BOJ might move away from its accommodative policies.

The currency's momentum was further fuelled by media reports on the weekend that the BOJ was set to raise inflation forecasts in January to show prices near its 2% goal in fiscal 2023 and 2024.