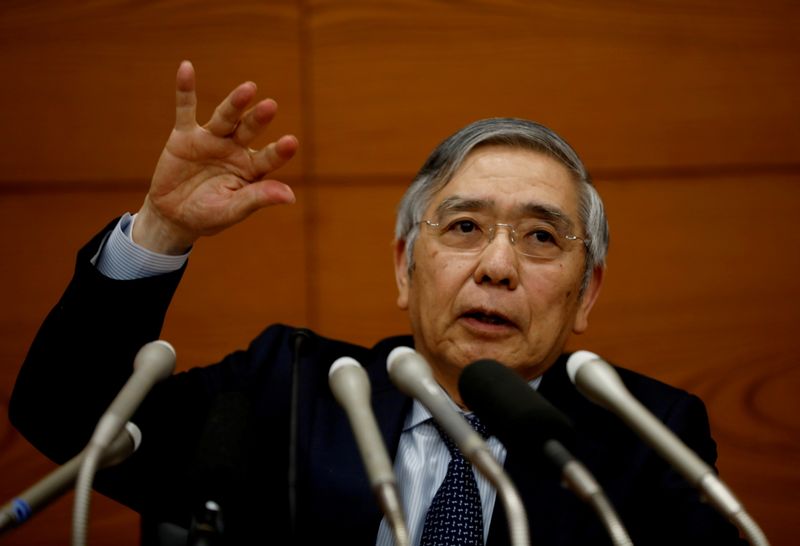 (Reuters) - The Bank of Japan cut this fiscal year's growth forecast on Friday but maintained its view the economy was headed for a moderate recovery, a sign monetary policy will be in a holding pattern for some time.

The BOJ also released an outline of its new scheme aimed at boosting funding for activities combating climate change, which will offer banks long-term loans at zero interest.

Following are excerpts from BOJ Governor Haruhiko Kuroda's comments at his post-meeting news conference, which was conducted in Japanese, as translated by Reuters:

"The level of Japan's economic activity will remain low for the time being due to state of emergency curbs. But exports and output are rising steadily thanks to the global recovery... Japan's economy is likely to gradually recover as vaccinations progress and the impact of the pandemic subsides."

"We will ask financial institutions for disclosure, with disclosure based on TCFD guidelines to be among strong options.

"As for the expected size of the scheme, we don't have a specific figure as that will depend on how we set details of the terms. But many financial institutions are already undertaking various climate-related loans and investment, so the size could be significant."