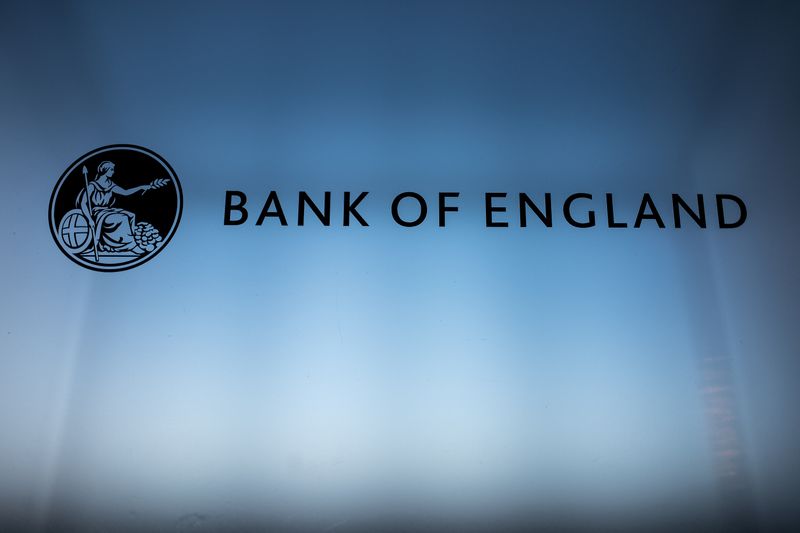 The Bank of England is set to mark a major birthday with two big decisions, balancing its fight against inflation with keeping the recovery from pandemic on track.

On the eve of the 25th anniversary of its independence, the U.K. central bank is widely expected to hike interest rates to 1% -- the highest since the financial crisis -- and lay out how it intends to take unchartered steps toward unwinding more than a decade of bond purchases.

Bailey, who was an aide to then-Governor Eddie George at that time, has described the bank’s challenge as “a very tight line between tackling inflation and the output effects of the real income shock, and the risk that could create a recession.”

A decision is due at noon London time, and Bailey will host a press conference a half hour later.

The outlook Bailey delivers will illustrate the turmoil buffeting the U.K. economy. Inflation is poised to hit double digits for the first time since the 1980s, and a surge in the cost of living is sapping spending power and growth.

Martin Weale, a former BOE rate setter, said the BOE appears to be “more confident than I am that inflation will suck demand out of the economy and will not be met by big wage rises. The labor market is very tight.” Weale, a professor at King’s College London, said he would vote for a quarter point hike.

While markets and economists are convinced the BOE will respond to that challenge this month by hiking rates for a fourth straight meeting to 1%, predictions for the way MPC will split highlights disagreement among officials about how much monetary tightening is needed and when.

The most popular prediction among economists is for a repeat of March’s 8-1 vote to hike by 25 basis points. About 30% of see one or more policy members voting for a move double that size. In total, analysts have scenarios for eight different vote splits, including some with a rare three-way division.

A hike to 1% would also take the bank to the threshold for considering active sales of their government bond holdings, which peaked last year at 875 billion pounds ($1.1 trillion). Policy makers have started to let bonds that mature roll off the balance sheet.

No other major-economy central bank has yet sold assets accumulated under quantitative easing since the programs started in 2008. Investors have expressed concern that active sales will unnerve markets without a detailed plan.

“One of the purposes of QE was to flatten the yield curve,” said Charles Goodhart, another former BOE policy maker. “So tightening will make the yield curve steeper. The question is whether sales would cause indigestion in the market and cause it to misbehave.”

To provide clarity, the BOE is expected to launch a consultation or review into active sales alongside Thursday’s rate decision.