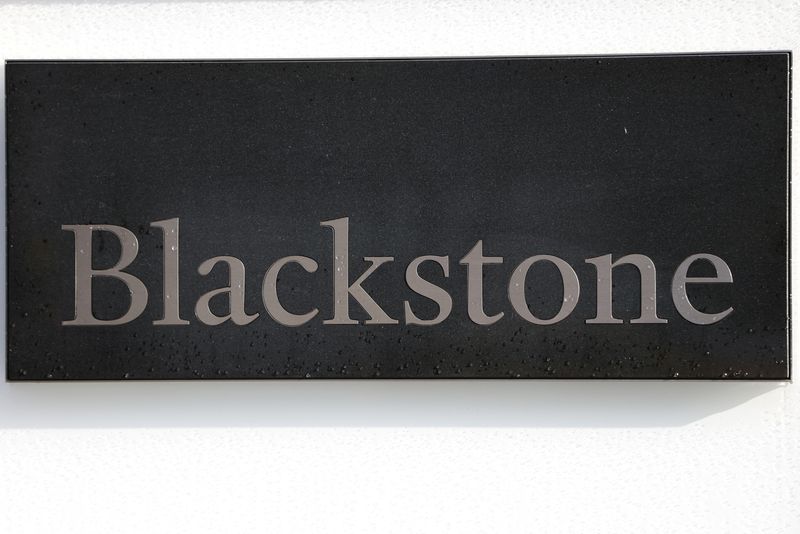 NEW YORK (Reuters) -Blackstone Inc, the world's largest alternative asset manager, posted an 86% surge in second-quarter distributable earnings on Thursday but warned that the asset sales fueling this growth would slow down amid the economic downturn.

Blackstone (NYSE:BX) shares fell more than 6% on Thursday morning as investors focused on the downbeat outlook given by the firm's president, Jonathan Gray, rather than on the earnings beat.

"Volatile markets do mean realizations will likely be muted for some time," Gray told analysts on a conference call, referring to asset sales which drive the firm's distributable earnings by allowing it to book lucrative performance fees.

He added that the management fees Blackstone charges fund investors would provide a "meaningful ballast" in the downturn.

Blackstone completed the sale of several assets, primarily in real estate, during the quarter, including the divestment for $5.65 billion of luxury hotel and casino the Cosmopolitan of Las Vegas and the 21 billion-euro ($23.81 billion) recapitalization of Mileway, the biggest operator of urban warehouses in Europe.

Some of these deals had been signed before Russia's invasion of Ukraine in February and subsequent interest rate hikes by central banks sent markets into a downward spiral. The divestments were completed in the second quarter, allowing Blackstone to book the performance fees.

Distributable earnings - which represent the cash available for paying dividends to shareholders - rose to $2 billion in the three months to June 30, from $1.1 billion a year ago. This beat average analysts' estimate of $1.03 billion, according to financial data provider Refinitiv.

Blackstone said its private equity portfolio depreciated by 6.7% during the quarter, while its opportunistic real estate funds fell 1%. Funds managed under its hedge fund unit were flat at 0.6%. By comparison, the benchmark S&P 500 index was down 16.5% during the period.

Under generally accepted accounting principles (GAAP), Blackstone reported a net loss of $29.4 million, compared with net income of $1.3 billion a year ago. This is because that metric takes into account the big drop in the valuation of the company's funds.

Assets under management hit a record $940.8 billion, up 3% from $915 billion in the prior quarter, driven by strong fundraising.

Unspent capital grew to a record $170.1 billion, up from $139.3 billion three months earlier. Blackstone declared a quarterly dividend of $1.27 per share, up from 70 cents a year ago.