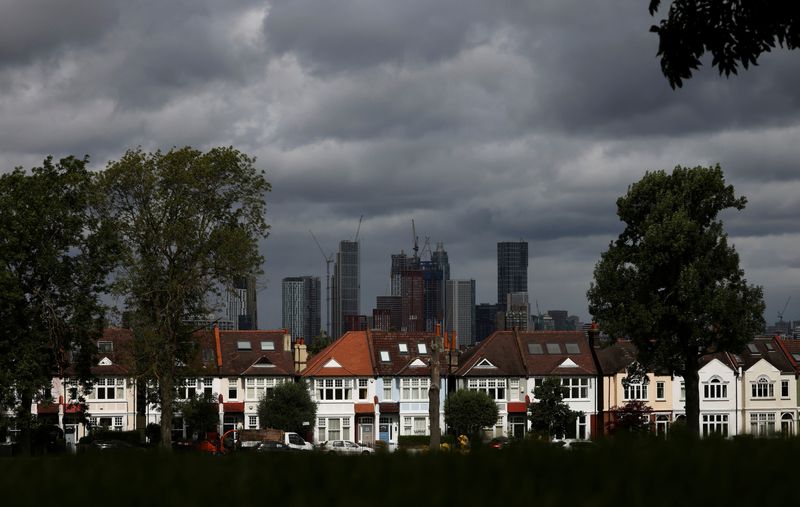 © Reuters. FILE PHOTO: High rise apartments under construction can be seen in the distance behind a row of residential housing in south London, Britain, August 6, 2021. REUTERS/Henry Nicholls

The average house price fell by 1.5% month-on-month in December, following a 2.4% fall in November and marking the fourth consecutive monthly decline, Halifax said.

In quarterly terms, house prices fell 2.5% - the biggest drop since the three months to February 2009.

"Property prices are likely to continue falling for the foreseeable future," said economist Martin Beck from the EY ITEM Club consultancy, which expects house prices to fall around 10% over the next 12-to-18 months.

Halifax expects house prices to drop 8% in 2023 - although it said this would only mean a return to levels last seen in April 2021.

Halifax said the annual rate of house price growth fell to 2.0% from 4.6% in November, the lowest reading since October 2019.

"As we enter 2023, the housing market will continue to be impacted by the wider economic environment and, as buyers and sellers remain cautious, we expect there will be a reduction in both supply and demand overall," Halifax director Kim Kinnaird said.