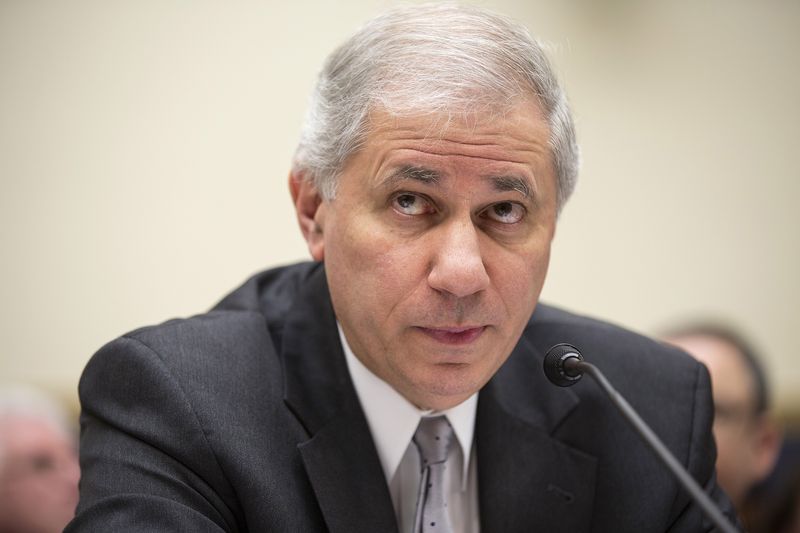 © Reuters. FILE PHOTO: Martin Gruenberg, chairman of the Federal Deposit Insurance Corporation, testifies to the House Financial Services Committee about the effects of the Volcker Rule on employment in Washington on February 5, 2014. REUTERS/Joshua Roberts/File Pho

WASHINGTON (Reuters) - U.S. President Joe Biden has tapped Martin Gruenberg to serve as chairman of the board of directors of the Federal Deposit Insurance Corporation, the White House said on Monday.

Gruenberg has been serving in the role in an acting capacity since February, according to the FDIC website. He joined the FDIC Board of Directors in August 2005, the White House said in a statement.

The agency supervises thousands of banks.