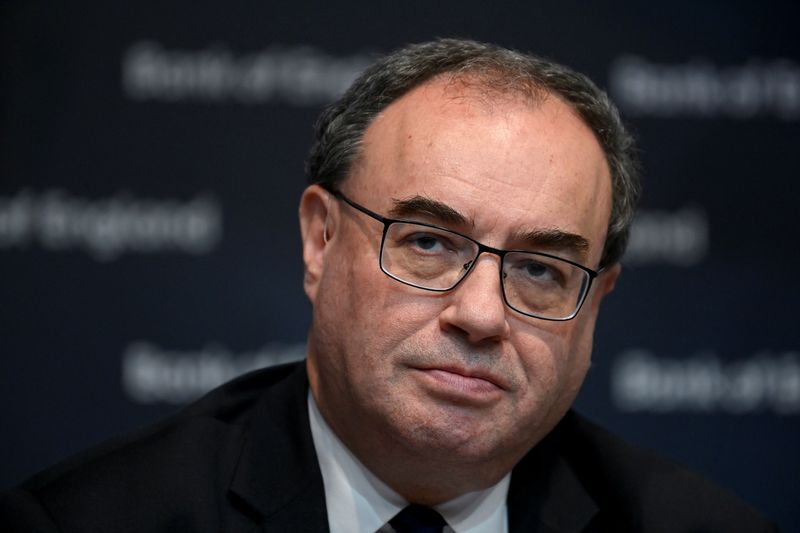 LONDON (Reuters) - Bank of England Governor Andrew Bailey and other top officials from the British central bank spoke to lawmakers in parliament on Wednesday, two weeks after the BoE raised interest rates by the most since 1989 to tackle inflation.

Below are quotes from Bailey and his colleagues from the Monetary Policy Committee (MPC) in a question-and-answer session with parliament's Treasury Committee.

"What we have had since then (the pandemic) is a series of supply shocks, essentially, in the UK economy, which have reduced the ... supply capacity of the UK economy relative to demand."

"There was a supply chain shock in the recovery from Covid ... We are now seeing the evidence of that shock is coming off."

BAILEY ON NOT TAKING A PAY RISE:

"I'm not going to take a pay rise. It's not for me to decide but if I were offered one, I will not accept it and I will politely decline as I have before."

"I also put a very high weight on research that has tended to find that under conditions of inflation uncertainties ... that front-loaded policy tightening is more likely to achieve an outcome that is better controlling of inflation."