Bank of England to get more aggressive with 50 bps hike on Thursday: Reuters poll 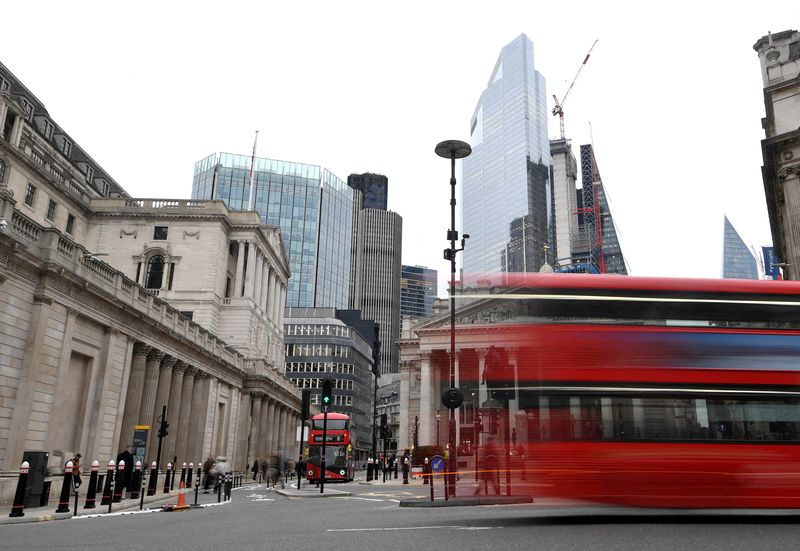 LONDON (Reuters) - The Bank of England is now expected to lift borrowing costs by a bigger 50 basis points to 1.75% on Thursday as it battles soaring inflation, according to a Reuters poll taken over the past week after several economists changed their minds.

Over 70% of the 65 respondents to the July 27-August 1 poll expected the half-point increase from the Monetary Policy Committee compared to a poll published just last week in which 54% surveyed predicted a more modest rise of 25 basis points.

The BoE has never raised Bank Rate by a half point since it was made independent in 1997.

Amongst the gilt-edged market makers - primary dealers in UK government bonds - 11 expected the larger increase while five said 25 basis points. Of the 27 common contributors from last week's poll who had predicted 25 basis points, 11 changed to 50.

Britain's central bank was the first amongst its major peers to raise interest rates back in December, but its peers have been playing catch-up. The U.S. Federal Reserve raised rates by 75 basis points for a second consecutive meeting last week and the Bank of Canada last hiked by 100 basis points.

BoE Governor Andrew Bailey has recently said a 50 basis point increase is on the table for this meeting and markets are pricing in a near 90% chance of such a move.

"We expect the MPC to quicken the pace of tightening to 50 basis points. We think the Bank needs to demonstrate resolution in the face of ever-increasing inflationary risks or it could lose control of the narrative," said Fabrice Montagne at Barclays (LON:BARC).

Inflation is running at a four-decade high of 9.4%, largely due to spiralling energy costs and global supply chain disruptions. The cost of living crisis is pushing up the chance of a recession.

Last week's poll gave a median 55% chance of a recession in the coming year, up sharply from 35% in a June poll. But that was based on a small sample, with several declining to answer as they thought the recession was already here.

Earlier on Monday, a private business survey showed British manufacturing output and new orders declined in July at the fastest rate since May 2020, as factories across Europe struggled with rising costs and slowing demand.