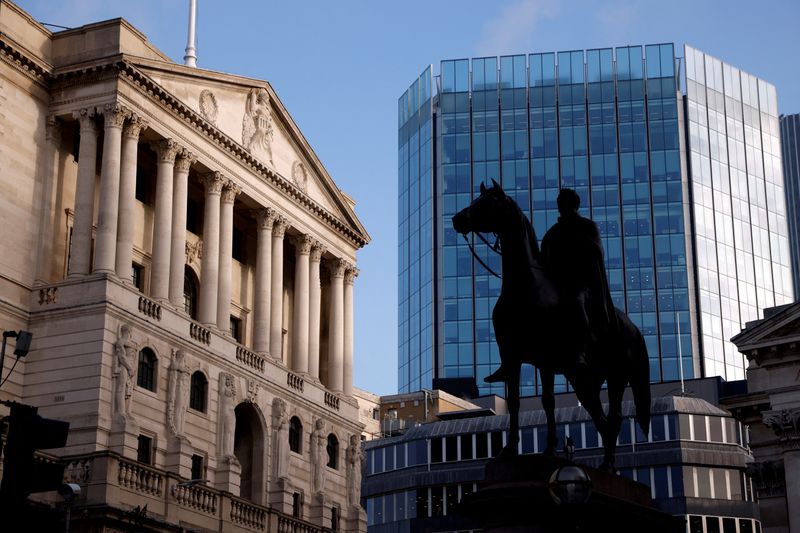 LONDON (Reuters) - Banks in Britain should be "ambitious" in properly quantifying risks from climate change or face intervention by regulators if they fall short, the Bank of England (BoE) said on Wednesday.

Banks should also pay particular attention to how they incorporate climate-related risks into business strategies, decision-making and risk-taking, the BoE said in a letter to bank CEOs about its supervisory priorities for the coming year.

"Furthermore, we will keep a range of supervisory tools under review for use where we deem progress to be insufficient," the letter said.

The BoE said most banks were focused on the business opportunities presented by climate change even though it also presents an increasing business risk that is foreseeable and requires action now.

"From 2022, we will incorporate supervision of climate-related financial risks into our core supervisory approach," the letter said.

Branches of foreign banks in London should also focus on climate change and the BoE said it would increase its engagement with their home state supervisors on this issue.

The BoE made similar requests on climate change to insurers in a separate letter, adding they could conduct further research on the potential impact of litigation risk related to climate change, and on the impact of physical risks on assets and liabilities.

The full impact of COVID 19 on insurers' credit portfolios had yet to be felt, the BoE added.

"We expect you to consider the potential impact of general and social inflation on financial resilience across a range of scenarios and factor into prudent reserving decisions," the BoE said.