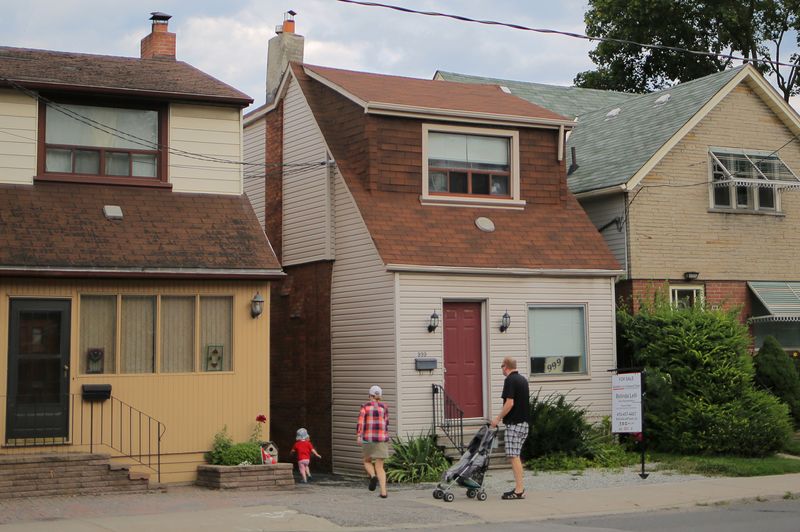 By Julie Gordon and David Ljunggren

OTTAWA (Reuters) -The Bank of Canada on Thursday said the country's financial system faced an increased risk from highly indebted households, notably the rising number of people who have stretched to buy homes at elevated prices and are now vulnerable to rate hikes.

"The Bank is paying particular attention to the fact that a greater number of Canadian households are carrying high levels of mortgage debt," it said in an annual financial system review, highlighting a sharp increase in high ratio mortgages.

"These households are more vulnerable to declines in income and rising interest rates."

The central bank said assessing the ongoing risks tied to the high household indebtedness had become more complex, but overall "the vulnerability has increased."

The Bank of Canada increased its policy rate to 1.5% from 1.0% last week, its second consecutive 50-basis point hike, and signaled an aggressive tightening path ahead as it looks to curb inflation at a 31-year high.

Housing prices surged in Canada amid the pandemic, rising more than 50% in two years, but the market has cooled slightly in recent months. The bank said it was too soon to tell if the pullback was temporary or "the beginning of a substantial correction in prices."

Some highly-indebted Canadians who took out mortgages in 2020/21 could see their monthly payments jump by as much as 45% in 2025/26, the central bank said.