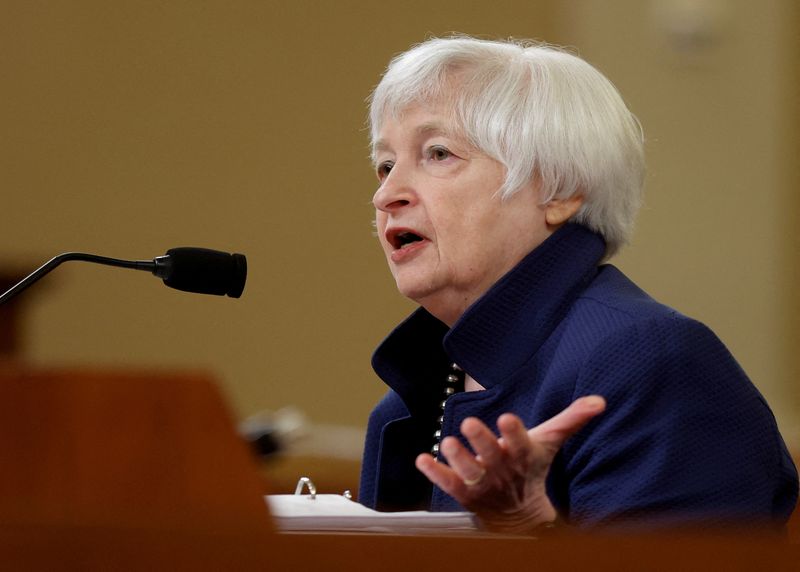 WASHINGTON (Reuters) - Partnerships between banks and financial technology companies are a net-positive for consumers when done responsibly, the Treasury Department will say in a report due on Wednesday.

The endorsement of bank-fintech relationships, with proper safeguards, comes as regulators have observed such arrangements growing at a rapid rate, raising concerns about what activities might fall outside the scope of regulation.

Although there may be gaps in how those relationships are regulated, a Treasury official said on Tuesday, partnerships between banks and fintech companies have given rise to new products targeted at specific communities that traditional financial institutions have not previously catered to.

Regulators can both encourage competition and protect consumers largely with existing authorities, Treasury Secretary Janet Yellen said in a statement provided to Reuters ahead of the report.

The Treasury Department recommends in the report that banking regulators finalize the guidance they proposed last year on how banks should manage third-party relationships, which should include language to encourage banks to negotiate effective oversight provisions in their contracts with fintech companies and other third-party service providers.

Although that guidance was proposed by banking regulators, the Treasury report suggested that other federal agencies including the Consumer Financial Protection Bureau and the Federal Trade Commission could also play a role in overseeing the partnerships.

Biden urged agencies to crack down on anti-competitive practices across sectors. The Treasury Department previously issued interagency reports on the state of competition in the labor market and in the beer, wine and spirits market.