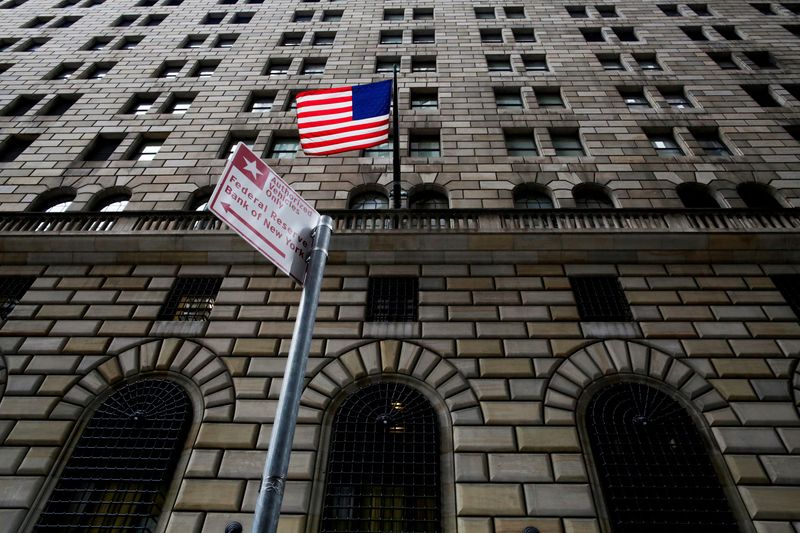 NEW YORK (Reuters) - U.S. savers are being left behind by the Federal Reserve's aggressive campaign of interest rate rises, and that's unlikely to change soon.

New research from the New York Fed says bank deposit rates have long failed to catch up with changes in short-term rates. And in the current cycle of swift short-term rate hikes, this gap between the U.S. central bank's short-term rate target and what banks are willing to pay on deposits is likely to get worse for at least a while.

Banks aren't matching Fed rate rises because in effect they don't have to. "Deposits have increased significantly as a source of funding for the banking sector," New York Fed analysts Alena Kang-Landsberg and Matthew Plosser wrote in a research paper released by the regional bank this week. "One reason banks may be reluctant to raise deposit rates is that they have more deposits than they really need, so they are willing to allow depositors to seek better rates elsewhere."

The failure of deposit rates on the $18 trillion that banks hold to keep up with a rising federal funds rate is sand in the gears of monetary policy.

When the Fed changes rates, it relies on the financial system to propagate those changes to the broader financial system. The U.S. central bank has raised its short-term target rate from the near-zero level in March to its current setting of between 3.75% and 4.00%. It is almost certain to raise rates again next month and then again in 2023, as it heads to a target policy rate that could hit 5% or higher.

Higher rates are aimed at restraining economic momentum, which is what the Fed wants as it seeks to lower the highest levels of inflation seen in 40 years. Key parts of the financial system have responded: mortgage rates have soared, cratering housing activity, and car loans are more expensive. Asset markets have in general had a rough go of it, with considerable wealth destruction.

But on the flip side, those higher rates aren't making it to the retail level. According to Bankrate, the national average interest rate for a savings deposit account is 0.18% as of a Nov. 16 survey.

Meanwhile, major banks and money managers are reaping big windfalls from the increases in the federal funds rate. The Fed pays deposit-taking banks 3.9% to park money at the central bank, and a 3.8% rate to money market funds and other eligible firms to do likewise. The Fed is currently paying those banks so much that it is now technically losing money after turning massive profits in recent years.