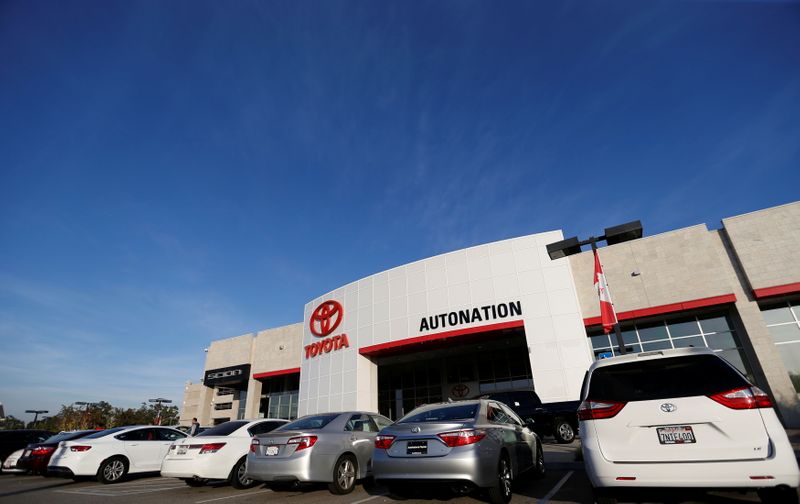 The company said on Monday sales of new and used vehicles surged 42% and 37%, respectively, in the second quarter.

"Consumers are buying vehicles before they even arrive at our stores. We expect the current environment of demand exceeding supply to continue into 2022," Chief Executive Officer Mike Jackson said.

In its latest auto-industry forecast released in June, JD (NASDAQ:JD) power said the average price of a new vehicle was set to reach a record $38,088 in the first half of 2021, up 10.1% over a year ago. (https://bwnews.pr/3rrjBeP)

The company had 14 days of supply for new vehicles in the quarter, compared with 49 a year earlier.

Adjusted net income from continuing operations came in at a record $4.83 per share, easily beating a Refinitv IBES estimate of $2.81. Record revenue of $6.98 billion was also higher than expectations.

The company had $1.6 billion of liquidity as of June 30 and said its board had authorized a share buyback worth $1 billion.