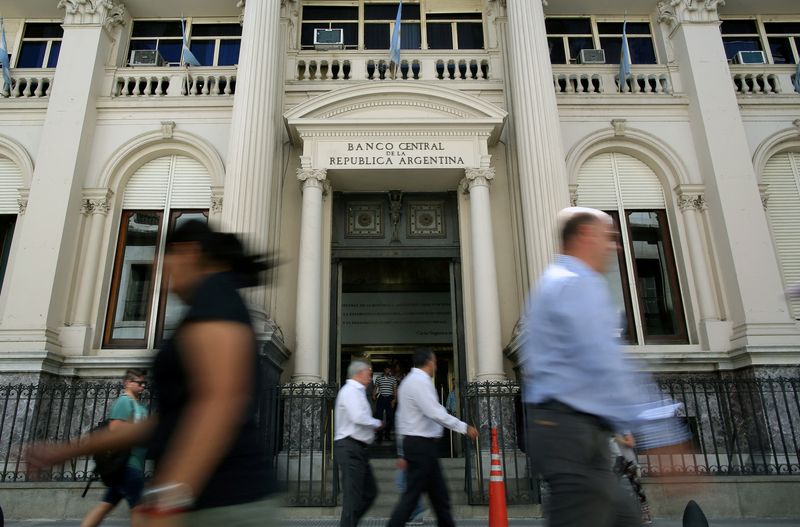 BUENOS AIRES (Reuters) - Economists hiked their estimate for annual inflation in Argentina this year to 95%, a monthly poll published Friday by the central bank showed, as the country struggles to overcome a prolonged economic crisis marked by soaring prices.

The latest forecast for surging consumer prices is 4.8 percentage points higher than the previous month's estimate.

By next year, the South American nation's annual inflation rate is expected to reach 84%, and drop to 63% in 2024, according to the poll.

The analysts consulted by the central bank moderately raised their projection for Argentina's economic growth this year to 3.6%, up barely 0.2 percentage points compared to last month's poll.

The third-largest economy in Latin America has long suffered from high inflation, which has been aggravated by the effects of the war between Ukraine and Russia.