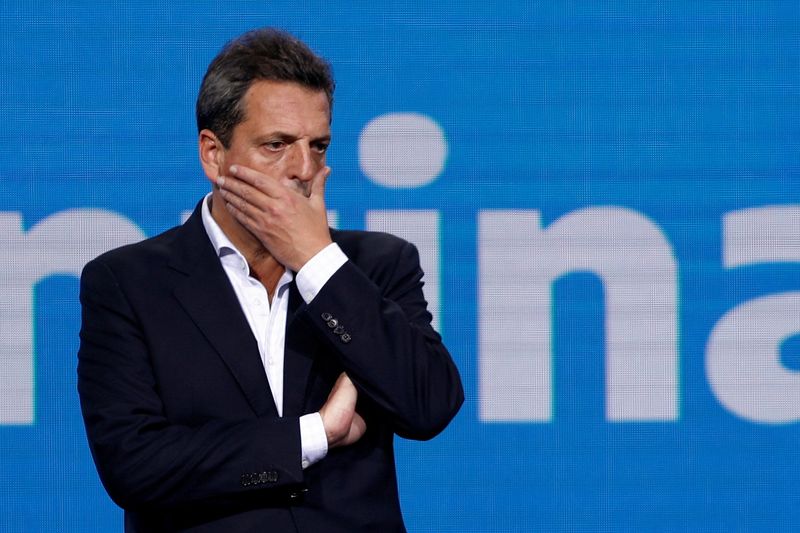 Sergio Massa appointed Eduardo Setti, an economist with experience in capital markets, to be finance secretary, while the experienced Daniel Marx will be part of the public debt monitoring team. Raul Rigo will be the treasury secretary.

The decision comes days after Massa was appointed to lead the new ministry, which oversees economic, manufacturing and agricultural policy. The government formed it with the aim of fighting high inflation, a paralyzing fiscal deficit and a currency at historic lows against the dollar.

"Their objective is to strengthen reserves, ensure treasury financing and promote the development of a national capital market," Massa said on Twitter (NYSE:TWTR).

Massa is set to announce other members of his team, such as the deputy minister or the secretaries of Agriculture and Energy, later on Monday.

Local media said Massa will travel to the United States and France at the end of August to meet with authorities from the International Monetary Fund and the Club of Paris.

Argentina has a $44 billion debt with the Fund and is renegotiating $2 billion in outstanding debt with the Club of Paris, an informal group of creditor countries that looks for ways of repayment for countries struggling with financial obligations.

Massa is expected to resign as the head of Congress's lower house Tuesday before being sworn in to his new position Wednesday, when he will hold a press conference to give more detail about his plans for the role.

With the cabinet reshuffle, the government, whose approval rating is plummeting, hopes to quell social unrest over high prices and avoid further deterioration before the 2023 presidential elections.