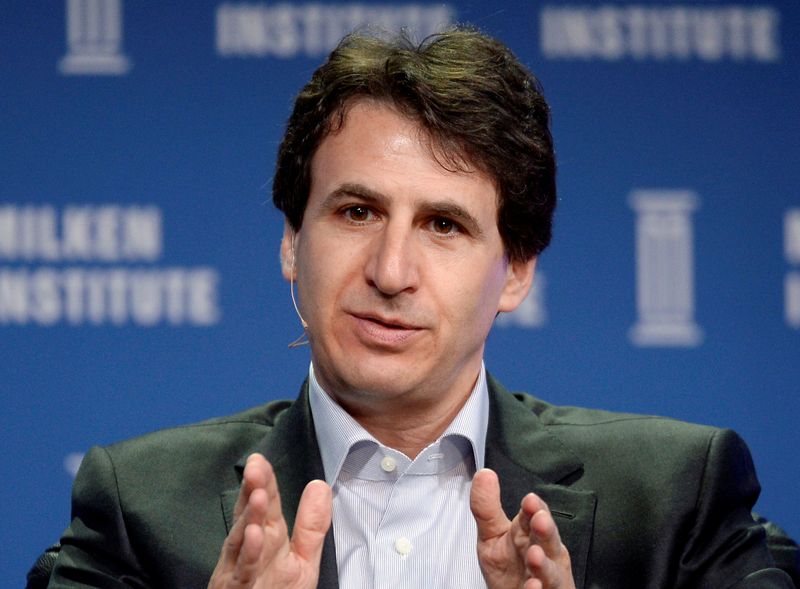 (Reuters) - Apollo Global Management (NYSE:APO) Inc reported a 13% rise in second-quarter earnings on Thursday, as income from its annuities provider Athene more than compensated for a decline in asset sales amid a slowdown in dealmaking.

Apollo recorded an adjusted net income of $566 million in the three months to June 30, up from $501.8 million a year ago. This missed the average analyst estimate of $655.5 million of adjusted net income, according to Refinitiv data.

Apollo said its principal investing income - which encompasses revenue from its flagship private equity funds - fell 93% to $19.7 million during the quarter, down from $272.3 million a year earlier. This was because the funds could sell fewer assets profitably in a market downturn driven by rising interest rates and Russia's invasion of Ukraine.

For its quarterly fund performance, Apollo said its private equity portfolio depreciated by 4.9%. Its corporate credit and structured credit funds fell 4.1% and 5.3%, respectively.

Apollo's result was in line with its peers - Blackstone (NYSE:BX) Inc, Carlyle Group (NASDAQ:CG) Inc and KKR & Co (NYSE:KKR) Inc - which had all reported a pull back in the value of most of their funds amid the market downturn in the second quarter.

Apollo's earnings were supported by the income it generates from investing the capital of annuities provider Athene Holdings, which is now part of the private equity firm following a merger that was completed earlier in January. Spread-related earnings reached $442 million in the second quarter.

Apollo said its fee-related earnings - comprised mostly of income from management and transaction fees - rose 7% to $341.1 million from $318.9 million a year earlier driven by inflows into its funds, increased premiums from Athene, and additional fees booked following the completion of its acquisition of the U.S. asset management business of Griffin Capital.

Under generally accepted accounting principles, Apollo posted a massive paper net loss of $2.1 billion compared with a net income of $649 million a year earlier owing to the booking of the liabilities from policies underwritten by Athene.

Apollo's total assets under management reached $515 billion, up slightly from $513 billion three months earlier. It spent $40 billion on new investments, had $50 billion of unspent capital, and declared a dividend of 40 cents.