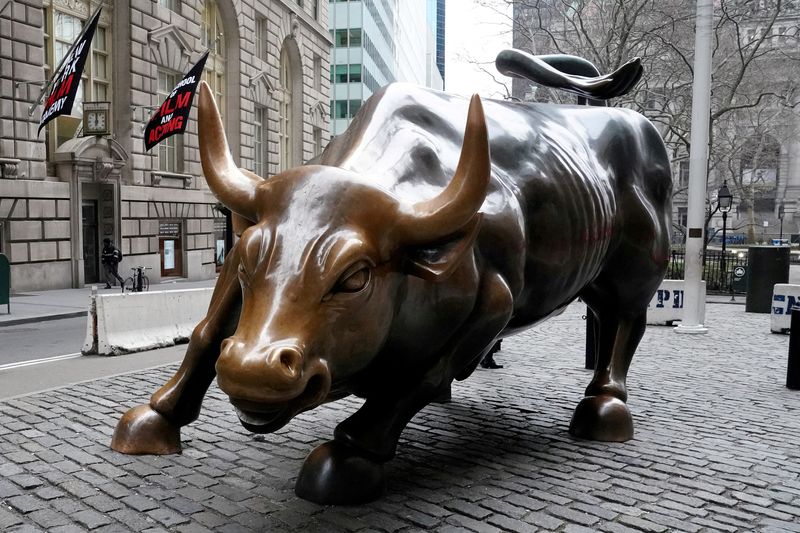 But U.S. Treasury bears have a spotty track record on Wall Street. The bond market has invariably bounced back from past selloffs thanks in part to modest economic growth rates and a comparatively dovish Fed.

The bearish view has gained traction now, however, as the Federal Reserve signals it is ready to employ big rate hikes and a speedy unwind of its balance sheet to bring down inflation from 40-year peaks.

"Bonds were the bull market for the last 40 years, but they will be one of the bear markets of the 2020s," said Michael Hartnett, chief investment strategist at Bank of America Global Research.

Yields on the 10-year benchmark US Treasury - which move inversely to prices - are up 136 basis points this year at 2.87%. The ICE (NYSE:ICE) BoFA US Treasury Index has dropped near its lowest levels since May 2019.

Bonds were one of the largest short positions among global fund managers in a recent Bank of America Merrill Lynch (NYSE:BAC) survey. Investors have pulled money from bond funds on net for the last 10 weeks, the longest losing streak since the end of 2013, ICI data showed. The iShares 20+ Year Treasury Bond (NASDAQ:TLT) ETF, the most heavily traded bond-focused exchange traded fund, is down 18% this year.

Hartnett believes 10-year yields could hit 5% in coming years, noting there may be tactical buying opportunities despite the bearish secular outlook. Such a move would put yields at their highest level since 2007.

Deutsche Bank (ETR:DBKGn) analysts echoed the forecast of a 5% Treasury yield peak in a note earlier this week, which also said aggressive Fed tightening could send the economy into a “significant recession” next year.

Another red flag: comments from Fed Chair Jerome Powell earlier this month on “front-end loading” the Fed’s hiking cycle. Some investors have now penciled in 75 basis point increases at the Fed's June and July meetings, following an expected 50 basis point hike at next week’s Fed meeting.[L2N2WK1MC]

A sustained period of bond weakness could have far reaching effects, from weighing on companies’ borrowing costs to hurting investors’ portfolios.

Treasury holdings among individual investors and mutual funds stood at $4.39 trillion at the end of 2021, data from Securities Industry and Financial Markets Association showed. Bonds overall make up some 20% of 401(k) accounts, according to Morningstar.

“People are going to face for the first time in decades what it means to have significant declines in their bond portfolios," said Jim Paulsen, chief investment officer at the Leuthold Group. "It’s unique, it’s outsized, and it hurts.”

For stocks, the impact of higher Treasury yields has depended on whether they are accompanied by rising consumer prices, a study by LPL Financial (NASDAQ:LPLA) showed – potentially spelling troubling for equities in today's super-charged inflationary environment.

When yields rose and inflation was high, however, the average annual return fell to -0.4%.

The view that bonds are headed for years of losses is far from universal. Some investors believe the Fed will successfully tame inflation, allowing them to eventually pull back on monetary policy tightening. [L2N2WJ0W3]

Andy McCormick (NYSE:MKC), head of Global Fixed Income at T. Rowe Price, said his funds have been buying 10-year Treasuries, gauging that much of the Fed’s tightening is already priced in.

The selloff may also be attracting foreign buyers into Treasuries, potentially helping stabilize prices – at least in the short term.

A NatWest’s report said the 3% mark - which yields have failed to breach - may be a “psychological level” that draws foreign buyers.

Demand from foreign buyers at the two-year Treasury auction earlier this week was the second highest ever in percentage terms, said Lou Brien, a strategist at DRW Trading Group.

“Bonds won't have the same historic return in the decade ahead, but they will still be attractive," he said.