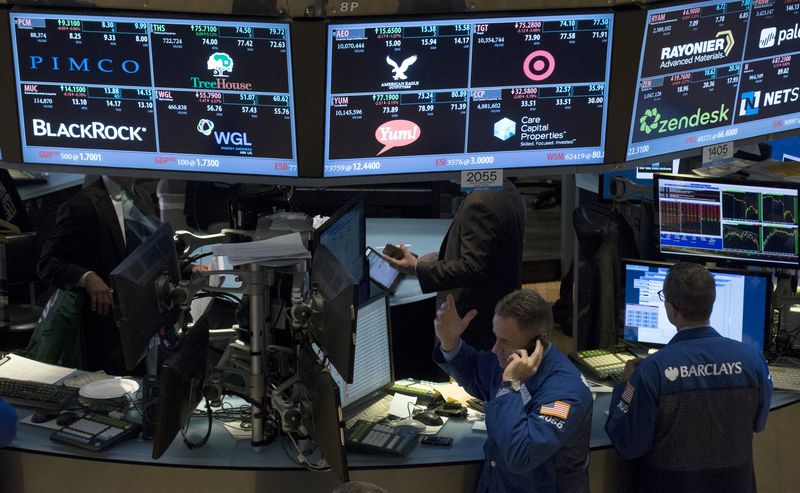 Investing.com -- Stocks are set to end May on a negative note as disappointing updates from Amazon (NASDAQ:AMZN), Apple (NASDAQ:AAPL) and Intel (NASDAQ:INTC) weigh on sentiment. China's currency and stocks leap as the Politburo promises more economic policy support ahead of a long weekend. The U.S. will report personal income and spending data for March, and the Eurozone's economy fared slightly better than the U.S. one in the first quarter despite the outbreak of war on the continent. Oil prices continue to push higher in anticipation of an EU oil embargo on Russia. Here's what you need to know in financial markets on Friday, 29th April.

Amazon stock fell sharply in premarket after the e-commerce giant reported a weak start to 2022.

Amazon lost $3.8 billion on the bottom line due to marking down the value of its stake in electric van maker Rivian, but the fading of pandemic-era trends hit both its core e-commerce operations and its advertising business. E-commerce revenue grew 7% on the year, the slowest since Amazon began breaking out that figure.

Apple stock also fell, by a more modest 2.4%, after chief financial officer Luca Maestri forecast that supply chain problems could take as much as $8 billion off sales in the current quarter. Its results for the quarter just ended beat expectations, thanks to better-than-expected 5.5% rise in revenue from iPhone sales.

Chinese assets rallied sharply into a long holiday weekend, after the State Council released a statement promising more support to the economy.

The statement drove the USD/CNH higher by over 0.5% to 6.6215. That is, however, little more than a footnote to its worst month in six years, in which it has still lost over 4%.

By the same token, the Hang Seng Tech index rallied more than 10%, but is still down some 60% in the last 14 months.

The State Council’s assurances were short on details, and didn’t resolve the inherent contradiction between its commitment to supporting production (notably through infrastructure spending, as promised by President Xi Jinping earlier this week) and its Zero Covid policy, support for which it reiterated. Analysts weren't convinced.

U.S. stocks are set to open lower later, dragged down by Apple and Amazon, on course to complete a difficult April firmly in the red.

Tesla (NASDAQ:TSLA) stock offered a modicum of support, bouncing 3% in premarket from a one-month low after Elon Musk said he doesn’t plan to sell any more to fund his bid for Twitter (NYSE:TWTR). However there were also conspicuous declines at Intel, down 3.5% and Robinhood (NASDAQ:HOOD), down 11%, in response to weak quarterly updates and outlooks.

The U.S. will release personal income and spending data for March, along with some more interesting data from the first quarter to flesh out the deceptively weak-looking GDP numbers from Thursday.

Also of interest will be the price index for personal consumer expenditures in March, although it is unlikely to have much influence on next week’s Federal Reserve meeting, where a 50-basis point hike in the fed funds target range is all-but nailed on.

Overnight, Eurozone GDP data showed the economy still growing in the first quarter, a reflection of the fact the region reopened its economy later than the U.S. and still hasn’t blown its savings windfall, according to UBS Global Wealth Management’s chief economist Paul Donovan.

Eurozone inflation hit a new record high of 7.5% in April, while in the  U.K., the boom in house prices showed signs of finally cooling. The EUR/USD and the GBP/USD both rose.

Crude oil prices continued to rise in anticipation of an EU embargo on Russian oil, likely to be announced next week. An emergency meeting of the bloc’s energy ministers has been pencilled in for Monday.

An embargo would force European buyers to chase a restricted pool of supply to substitute their Russian imports. Newswires reported that India is leaning on its biggest oil and gas companies to replace Europeans as offtakers of Russian crude and investors in Russia’s oil sector.

Baker Hughes’ rig count, which posted its smallest net gain in six weeks last week, is due at 1 PM ET.