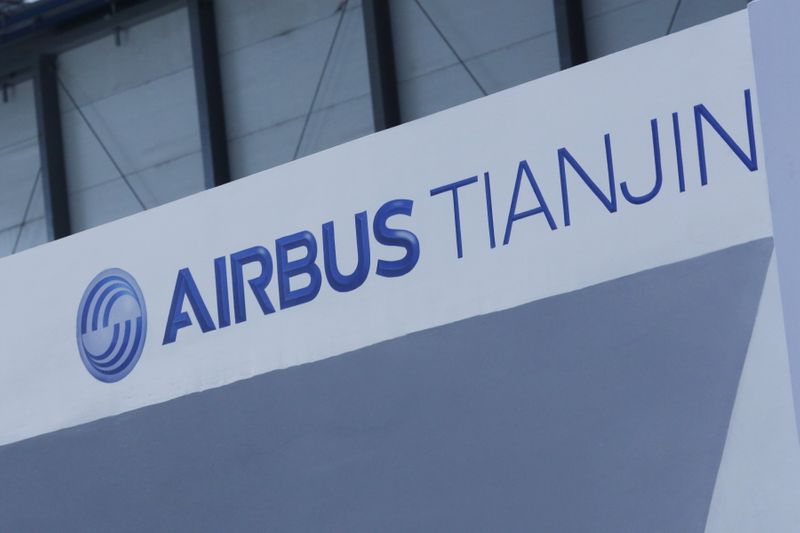 © Reuters. FILE PHOTO: An Airbus Tianjin logo is displayed on a wall at a ground-breaking ceremony for the Airbus A330 completion and delivery center in Tianjin, China, March 2, 2016. REUTERS/Kim Kyung-Hoon

BEIJING/SYDNEY (Reuters) - Airbus said on Wednesday it has delivered the first A350 widebody jet from its Tianjin completion plant to China Eastern Airlines (NYSE:CEA), bolstering its industrial footprint in China relative to rival Boeing (NYSE:BA) Co.

The work conducted in Tianjin on the jet includes cabin installation, painting and delivery, although not the final assembly of the planes.