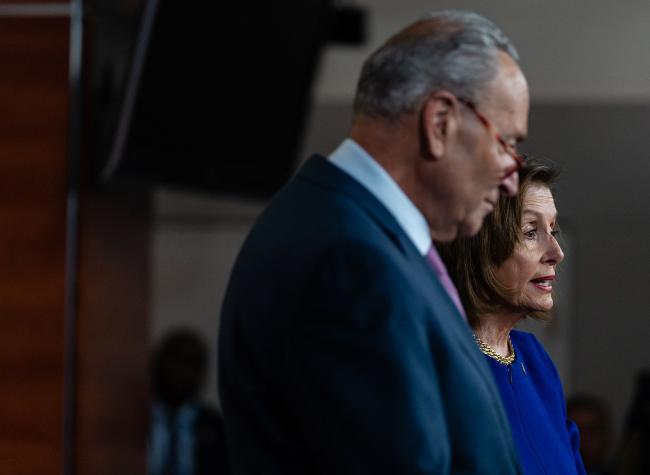 (Bloomberg) -- A bid by Democrats to raise the US debt ceiling before the end of the year and before Republicans take over the House is quickly fading, raising the prospect of a market-rattling showdown over the limit in the latter half of 2023.

Senate Majority Leader Chuck Schumer and House Speaker Nancy Pelosi have called for Congress to act on a bipartisan basis this year after some Republicans have warned they want to use the debt limit as leverage to enact spending cuts.

Senate GOP leader Mitch McConnell would be key to any deal, but the Kentucky Republican, under attack from some of his own conservative members, indicated this week that the issue can be left “until sometime next year.” Schumer shrugged off McConnell’s comments and said he still hopes for a bipartisan deal this year.

Democrats, meanwhile, are ruling out using a special budget maneuver known as reconciliation to raise the $31 trillion debt ceiling on their own. Dick Durbin of Illinois, the No. 2 Senate Democrat, said there isn’t enough time to get that done. The budget process takes about two weeks of Senate floor time. Among other priorities, Congress needs to fund the government before Dec. 16 to avoid a shutdown.

“That would not be done this year by reconciliation. It takes too much time,” Durbin said in an interview. “We have three weeks and there is too much else on the agenda “

Democrats also may not have the votes to move on their own. It would take 50 votes to move ahead and Democratic Senator Joe Manchin of West Virginia has indicated he wants a bipartisan deal as well as action to cut the budget.

“It should be bipartisan,” he told reporters when asked about the debt ceiling. “We’ve got to pay our bills but the bottom-line is we have got to get serious about getting our financial house in order.”

Durbin said Schumer “is continuing to negotiate with Mitch McConnell” to get an agreement to raise the limit this year.

A showdown over the debt ceiling risks a repeat of a 2011 confrontation that brought the US within two days of defaulting on its debt, resulting in global markets slumping and Standard & Poor’s downgrading the US’s sovereign rating. It ended when then-President Barack Obama agreed to about $2 trillion in spending cuts over a decade to avoid a default ahead of his reelection campaign.